How Olla Works asynchronously with Yac

In early 2020, co-founder and CEO Nico Nezhat decided the company needed a change in how they operated - moving from a focus on sync meetings to asynchronous communication as a default. Since that decision, Nico implemented Yac for ad hoc communications, but particularly for helping the team turn standups asynchronous. 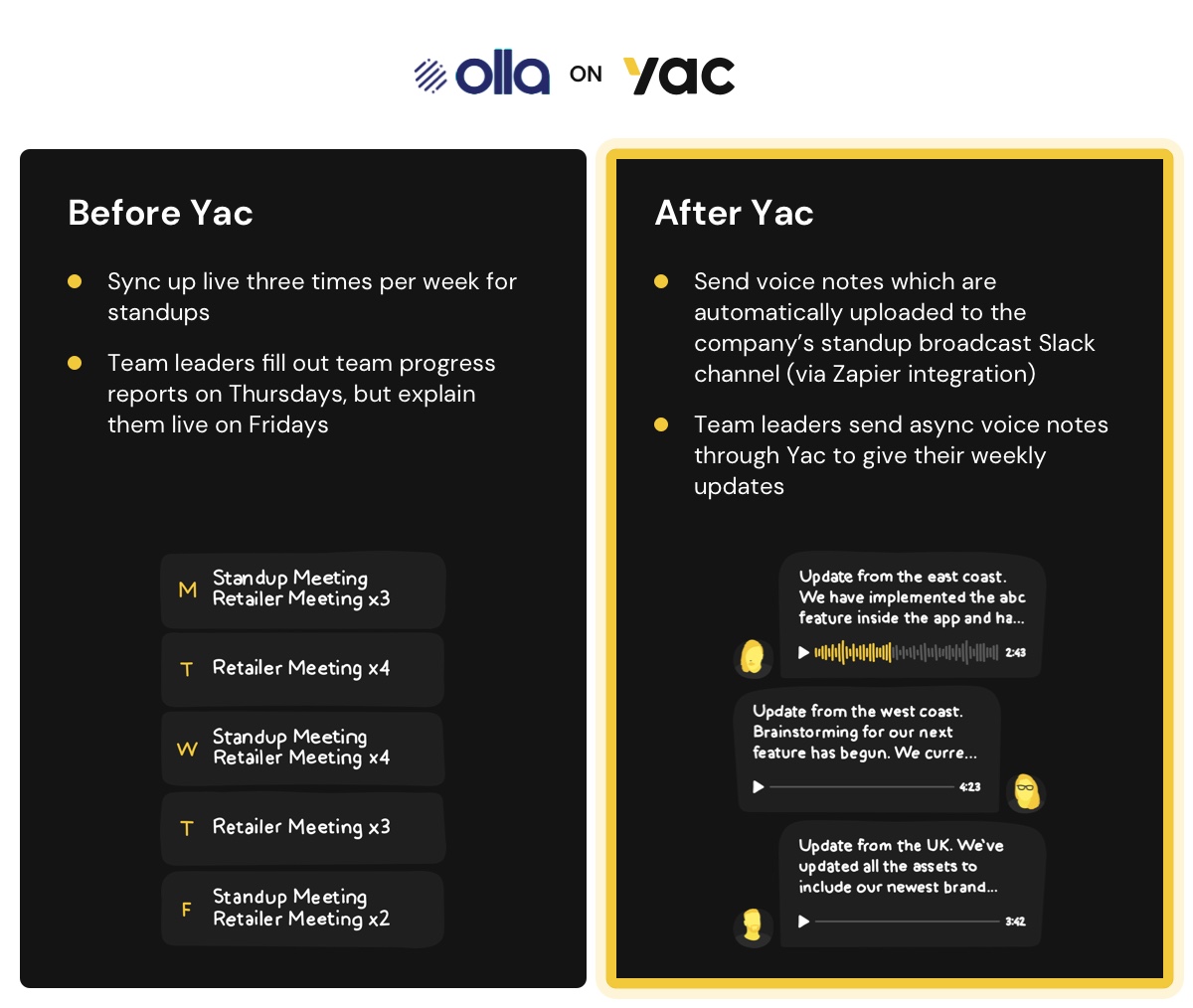 Finding Yac through the digital grapevine

In early 2020, co-founder and CEO Nico Nezhat decided the company needed a change in how they operated - moving from a focus on sync meetings to asynchronous communication as a default. Since that decision, Nico implemented Yac for ad hoc communications, but particularly for helping the team turn standups asynchronous.

Despite only having 6 team members, Nico noticed the Olla team had a lot of sporadic phone calls and meetings between them. It was taking up time, killing productivity, and causing general nuisance for the company.

“We needed - and did - an overhaul of our communications culture in 2020,” said Nico.

The first thing Nico did was launch a new communications and meetings policy. Meetings would be asynchronous by default, and any synchronous meetings needed to have a justification. The goal, he said, was to make it so every meeting in the company was asynchronous except for the company’s bi-weekly leadership team meeting and all bi-weekly 1:1 meetings with employees and managers.

As he worked to make meetings async, Nico needed a tool to help - and stumbled upon Yac through his network on social media.

“I’d checked out Yac a few times before we made the jump,” said Nico. “I tried it with a co-founder to see how it worked.”

After a few trials personally and assessing his business needs with the new meetings policy, Nico said “Yac felt like a really good tool to weave into our async processes.”

The organization has three weekly stand ups - Monday, Wednesday, and Friday. Further, team leaders do a Thursday briefing on team progress using a templated document, the results of which are discussed on Fridays.

Using Yac, Nico was able to make all standups, plus the team leader review, completely asynchronous. Instead of meeting live, each team member could quickly talk through their activities and blockers with a voice note, making the whole standup process more efficient. Same thing for leaders, who could give their team’s weekly update with a voice note instead of a live standup.

With this async standup method, the team saved time and got the benefit of Yac’s automatic transcription for reading later if people didn’t want to listen to audio again. Further, Yac’s Zapier integration meant that they never had to change patterns and could continue using Slack as their base of team communication.

Right now, standups are the primary Yac use case for Olla. However, Nico has found Yac increasingly helpful for:

Quick creative moments: “When written communication doesn’t feel like the best bet, we can pick up Yac and people can reply as needed.”

Casual connections: “I’ve used it to connect with people for random things instead of booking a meeting, like asking about banking with our admin team.”

When other companies try to pitch them something: “I have people yac me or send an email pitch instead of booking a sales meeting.”

While the team has other tools for its marketing and sales communications, Nico is just getting started with Yac.

“I would like Yac to be the default tool we use for all internal video- and voice-based team communication.” 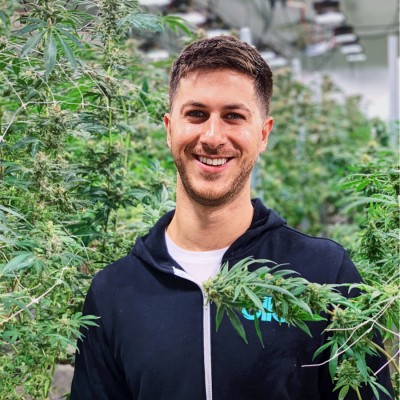 We cancelled most of our synchronous meetings and introduced a new meeting policy. For brainstorming, we now pick up Yac. I use it more now to connect with people. We've become more defensive with our time now.