How Lula Replaces 12+ Hours of Meetings with Yac, Each Week

Lula is a remote startup building the future of insurance. The team is constantly collaborating, connecting on new ideas, and pinging people to share updates. While great for innovation, it led to a lot of meetings that founder Michael Vega-Sanz was concerned were taking away from people’s ability to get work done. The team decided to try Yac and discovered that async voice messaging was so impactful, they eliminated 12+ hours of meetings per week without losing any context or impact.

Reaching a “f*ck it” moment

Like all startup founders, Michael has to balance leadership with getting his own work done. Often, he’d have a great idea while working on another task. He’d have to stop, spend 15-25 minutes writing out a long Slack message or email, and then hit send. He did this for a while, but eventually it became too much.

“I found myself writing something complex that needed a lot of context,” said Michael. “I was overwhelmed by everything. I reached a point where I said “f*ck it” and looked for a way to send voice messages. That’s when I tried Yac.”

From the first message, Michael realized the impact Yac could have on his ability to collaborate with the team. The same email that took him 30 minutes to draft could be explained in a 3-minute yac without losing any context. Further, he could send a yac quickly without breaking his flow, meaning his own work became significantly more productive.

Before Yac, someone would send a Slack message with an idea, someone else would have a question, then a third person would suggest they have a “quick” meeting to talk it out. Unfortunately, this became a nearly daily habit: four meetings per week, at about 30 minutes each, for four members of the Lula leadership team which, including prep time, amounted to 12 hours each week dedicated to meetings.

After the team started using Yac, Lula was able to cancel all four weekly check-in meetings without losing context, adding 3 hours of time per week back into each person’s calendar - a total of twelve hours of meeting time saved per week.

Michael even realized that he could send yacs for other types of company updates. For example, he was in the middle of writing a lengthy email with an important company update. About 15 minutes into writing the email, a coworker noticed what he was doing and suggested he send a yac instead, with a much shorter email for high level context. That’s exactly what he did, not only saving himself time but also making it easier for the team to listen to audio or read the transcript, absorbing significantly more context than if they had to read an email wall of text.

Michael said the benefit of Yac hasn’t just been the direct time saved from meetings, but also the fact that people can share ideas without interrupting their work flow. The team still syncs up for emergencies or issues that require a very quick decision, but Yac makes it easy for them to stay productive and cancel hours of unnecessary meetings per week.

“What’s awesome about sending a yac is that I don’t have to carve out a specific time for it,” said Michael. “I can do it while I’m on a walk, in the car, or at any moment when I have a thought to share.”

@yac has literally changed how our team interacts and 10x our efficiency https://t.co/wh27eIxu1E 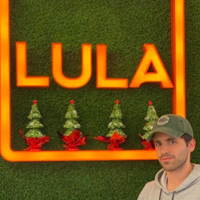 You know what the stickiness for me is about the simplicity. Sometimes I just do not want to write a long message... Other times I want to jump on a phone call with someone but they can't jump on a call. So I'll just yac it.