The Value of Better Communication

The average Slack customer pays almost twice as much per month as they did in 2017. Fascinating in isolation, but even more interesting when you consider that Microsoft Teams and Google Hangouts are viable free alternatives to Slack.

What’s the largest instant communication network in the world?

It’s the telephone network. Over 5 billion people have mobile phones today, giving them the power to communicate instantly with almost anyone else in the world. The global email network isn’t far behind. Of those 5 billion people with phones, over 4 billion have smartphones with the capacity for email, in addition to the desktops and laptops with email access.

Today, the business world runs on emails and phone calls. Businesses of all shapes and sizes rely on both networks for much of their daily communication. But that’s beginning to change.

On the surface it’s a head scratcher.  In a world with two reliable instant communication networks that already have a majority of the world’s population on board, why do businesses seek out new networks with fewer network participants that also cost money? And more importantly, why are businesses paying increasingly larger sums of money year after year to join these new networks?

Five years ago, it was easy for executives to question the value of products like Slack for their teams. To the uninitiated, it looks like a waste of money. Emails, phone calls, and texts are basically free, and everyone has a phone number and email address. The value of Slack isn’t immediately obvious. Partly because productivity improvements aren’t always visible to the naked eye.

But there’s no line item on a financial statement for productivity, or communication. That makes it hard to quantify the value of products like Slack. But it doesn’t make communication any less valuable. Despite early skepticism, Slack is one of the fastest-growing B2B products on the planet, and now valued at over $10 billion.

Why? It offers rich communication tools and a platform that resembles the features of a physical office - helping remote teams work from anywhere in the world.

The Nervous System of a Company

Slack is building the nervous systems for high-performing companies. Like a rope connecting a team of sled dogs, Slack is the tool that keeps employees working in unison, and heading in the same direction. Emails are free, but Slack helps companies move faster and remain in-sync.

Although the value of better coordination and communication is tough to quantify, the existence of that value is becoming harder to dispute every day.

Here is a chart showing the average monthly spend of companies using Slack.

The average Slack customer pays almost twice as much per month as they did in 2017. Fascinating in isolation, but even more interesting when you consider that Microsoft Teams and Google Hangouts are viable free alternatives to Slack.
‍

Quick note on the chart above. It doesn’t necessarily mean Slack is charging more on a per user basis, but instead that the average company is seeing more value from the service than they were in 2017. Otherwise they wouldn’t pay more.

Slack’s cost per user is one of a few variables that may contribute to higher monthly prices per company. Other variables include an increasing number of workers that are on paid plans at a given company, and the fact that Slack continues to target larger enterprise customers.

Why Are Businesses Paying More?

There isn’t just one reason for the growth of Slack, but an underlying theme that likely contributes to their recent success is the shift towards remote work.

Fewer face-to-face interactions with your colleagues increases the demand for rich communication tools for collaborating on documents, expressing ideas, emotions, and spur-of-the-moment thoughts.

And as knowledge work trends towards location-independence, the office chatter and casual drop-ins that helped workers solve problems in office settings disappears. Not all at once, and maybe never entirely, but progressively over time.

Knowledge workers across the world are beginning to opt for remote days and even full-time remote work. And the shifting trend towards remote work increases the value of communication networks that simulate real life office encounters.

Asynchronous messaging channels full of new ideas become a tool to replicate the serendipitous discussions that used to happen at lunch, around the water cooler, or in the hallways.

That’s what makes Slack worth paying for. And it’s not just Slack. Legions of startups are now building out remote work tools that help companies communicate seamlessly around the world, in ways that phone calls and emails simply don’t allow for.

And if today’s slow trickle of remote workers ever becomes a raging river of employees seeking at-home work over office commutes, we’re just scratching the surface of what prices companies are willing to pay for better communication. 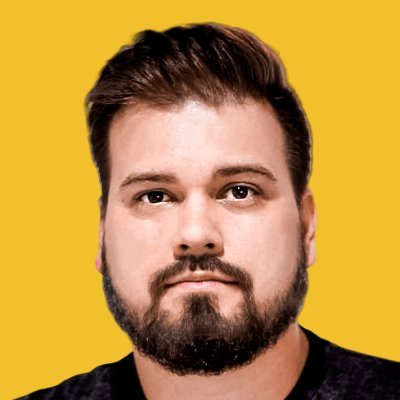