If Airpods Users Were A Country…

After 2020 (assuming a wildly conservative 0% sales growth), there will be more AirPods users than people living in Bangladesh. It’s quite possible that the populations of Brazil, Nigeria, and Pakistan will be trumped by AirPods users shortly after. 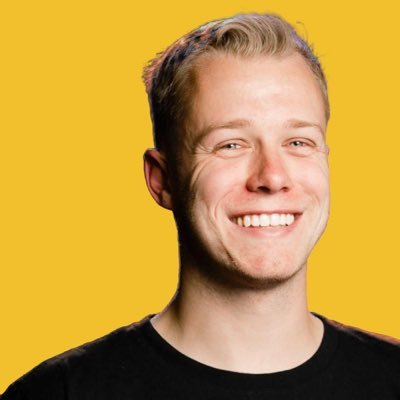 In just three short years, AirPods have transformed the way we think about streaming audio. And that’s not all. Airpods have also transformed the tools we use to communicate.

Zoom, Clubhouse, Houseparty, and even Yac are all tools that likely wouldn’t have succeeded in a pre-AirPods world. But with millions of people in all corners of the globe now spending hours every day plugged into wireless earbuds, enormous opportunities for new audio experiences have emerged.

How Large Is The Audio-First Opportunity?

To truly understand the scale of the opportunity waiting for audio-first projects, let’s examine the size of the AirPods user base.

Apple doesn’t give these numbers away freely, but with a handful of sources we can make an educated approximation.

Even before the Covid-19 pandemic and ensuing supply chain disruptions, Apple had already shipped 110 million AirPods units to customers around the world. Without considering the possibility of broken or replaced Airpods, here’s how AirPods users stack up to other countries around the world.

At the end of 2019, AirPods were likely used by more people than were living in all but 12 countries. After 2020 (assuming a wildly conservative 0% sales growth), there will be more AirPods users than people living in Bangladesh. It’s quite possible that the populations of Brazil, Nigeria, and Pakistan will be trumped by AirPods users shortly after.

Such widespread adoption means audio-first apps are no longer niche tools for tech geeks. A significant chunk of the world’s population already has the required equipment to make use of AirPods, and mainstream audio apps are catching on.

The Size of the AirPods Business

But even more impressive than the number of AirPods users is the value of Apple’s AirPods business. Again, Apple doesn’t explicitly provide this information, but with some digging we can back into a reasonable estimate.

60 million units that cost roughly $200 each, means Apple is raking in upwards of $12 billion per year right now (don’t forget, that figure is growing rapidly).

In comparison, the Bahamas, Madagascar, and Malta, each sell roughly $12 billion of products and services each year across their entire nation. If Apple’s AirPods business was its own country, the nation’s GDP would rank higher than 58 other countries.

Typically for every dollar Apple makes in sales, they keep 35-40% as profit. Assuming the same ratio for AirPods, that’s $4 billion of profit each year(or more), from one business line.

Since Apple trades at a P/E ratio of roughly 25, $4 billion+ of profit each year would make their AirPods business worth over $100 billion. Not bad for a pair of wireless earbuds. And that valuation would place AirPods among the world’s 100 most valuable companies.

All together, the user base, revenue, and profits that AirPods generate makes them a major catalyst for global innovation. Apple now has 12 billion reasons to promote and advocate for audio-first applications, and so do Silicon Valley’s largest VC funds.

Expect to see a wave of new audio apps take over the internet in the coming years. With AirPods sales growing almost as fast as iPhone unit sales in their early days, it’s clear that is just the beginning for Apple’s latest innovation.